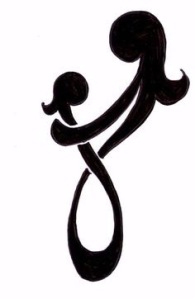 There is no secret about it. I was raised by a single father. It was just my brother, sister and myself growing up with my dad doing the very best he could with what he had. My sister Alyssa, the eldest, was always a good student and a respectfully obedient child. My brother John was “the baby” for as long as I can remember and incapable of doing anything wrong (In his defense he actually never did). He just played with his Hot Wheels and kept to himself. I on the other hand, well, let’s just say that I was the “middle” child and came with all the implications that this title usually holds. For the sake of unnecessary over sharing and self incrimination I will just leave it at that.

My mom left when we were all very young so our childhood was missing some very significant aspects that only a mother can provide. However, the three of us adapted accordingly and grew in our own ways into adulthood. My sister took the high road; excelling in high school, going to college and moving out. My brother,”the baby”, took what I guess could be considered the middle road and did what he had to in order to get by. Yours truly took all of the OTHER roads.

I learned what I needed to know to be a functioning adult. I always had a job and was able to pay my bills. Yet I lacked direction and a better understanding of who I was as an individual. I lacked appreciation for things I never knew to be grateful for.

Heading out of my twenties I discovered Buddhism after reading a book that lightly touched upon it. I started studying more and more into this religion as I found its basic principles and application intriguing. Throughout my research (along with many other things of course) I realized that living in the moment, having gratitude, finding the good in everyone and accepting that the steering wheel is not always in our hands were really important lessons to learn and remember in life.

These four things were revisited and took on a whole new meaning in June 2015.

1. Being with my mother in the hospital for the 2 weeks before she passed, and directly following her passing, forced me to be centered and in the moment. As I sat there watching her barely able to talk I could only “just be”. In the practice of mindfulness this is usually the goal. However, it took my mother’s position in that bed to truly make me present. Present in the way where everything around me had its own recognizable scent, sight and sound separately and all at once.

2. My mother’s passing made me realize the significance of my sister. I am absolutely sure that I have never in my life appreciated my sisters existence as I did at that time. It was as if we were one; in the sense that both our emotions mirrored one another exactly. I truly felt that I was not alone, but completely sharing this experience in every way possible with her. I was so grateful that my mother gave her to me, or me to her for that matter.

3. During the writing of my mother’s eulogy I found it hard to dig up the normal memories that most children have of their mothers. After all, I had a very unorthodox childhood and my mother was absent for a better portion of it.

I searched deeply for a way to honor this woman the best I could and realized something that I never noticed before. Despite any of her shortcomings, my mother was a free spirit. She lived for every day and did exactly what made her happy no matter what people thought. It is especially difficult to do this since most of us always restrict ourselves out of fear of some consequences or what people might think if we do these things we want. So not only is this a unique quality it’s a brave one as well, and one that I deeply admire.

4. There was absolutely nothing I could do for my mother at this point. The liver damage was too great and this was it. All I could do was just sit there and allow things to flow in the direction in which they were going; resistance was futile. Passenger seat taken.

This is a text widget. The Text Widget allows you to add text or HTML to your sidebar. You can use a text widget to display text, links, images, HTML, or a combination of these. Edit them in the Widget section of the <a
%d bloggers like this: